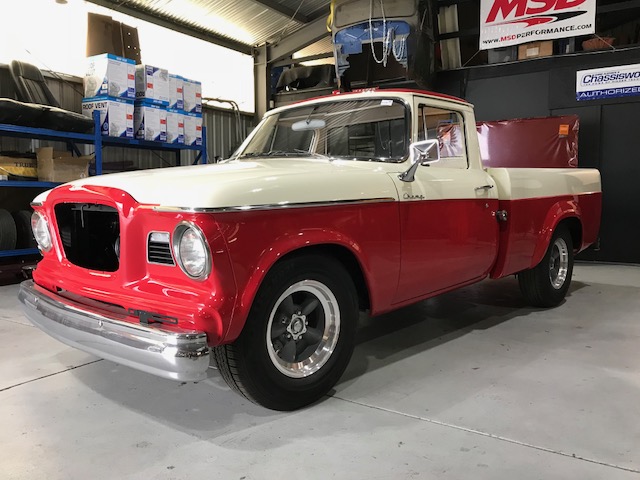 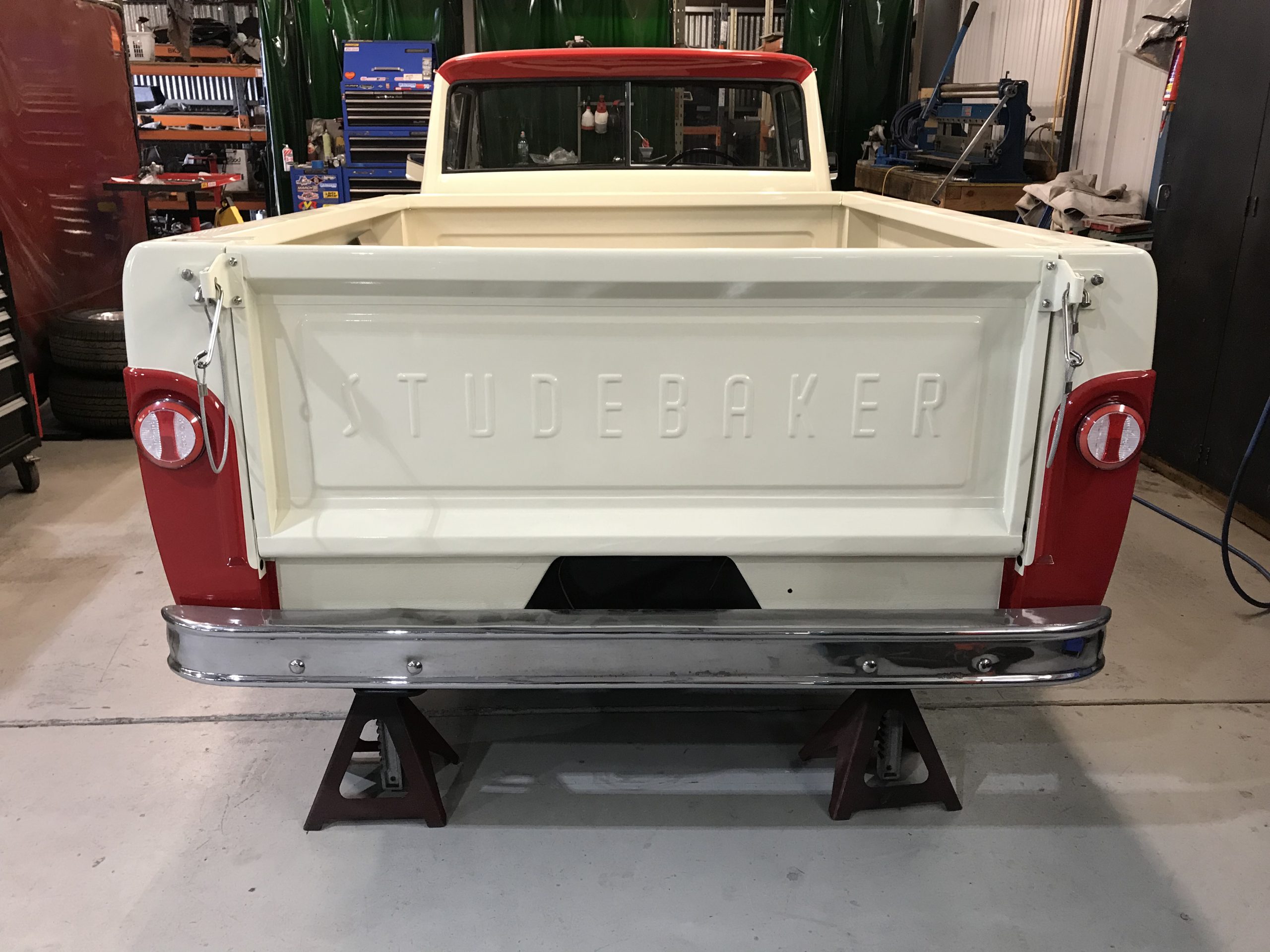 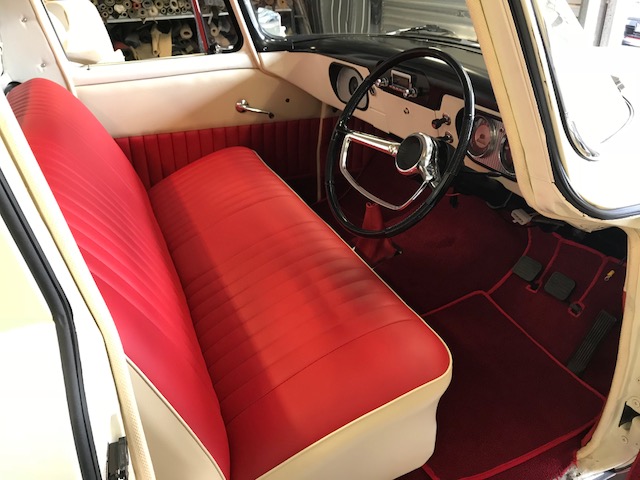 Designed at a time when Studebaker’s truck line hadn’t seen major upgrading in over 10 years, the company, which had endured years of declining sales, was forced to use a number of existing components, but the result was impressive.

The chassis and cargo box of the Champ were basically the same as what had been used for Studebaker’s ½ and ¾-ton trucks since 1949, but the cab section was very different.

An entirely new cab was out of the question because of cost considerations, but the new Lark compact car’s body proved to be just the right size and shape to suit the purpose. The engineering staff took a four-door sedan, cut it in half behind the front doors and modified the front half slightly to fit the truck chassis. The only new sheetmetal stamping that was required was the back wall of the new cab. Minor modifications for mounting of the cab to the 1949-vintage truck frame were also made.

The Lark’s front end sheetmetal was retained as well, but funds were allocated to give the Champ a new horizontal-bar grille that delivered a “tougher” look.

From the start of production, those desiring V8 power could choose between Studebaker’s 259- and 289 in³ engines with either a two- or four-barrel carburettor. Both engines remained largely unchanged during the Champ’s production run.

The LHD to RHD (right hand drive) conversion has been completed, we have used some parts from a donor Australian delivered RHD Champ which has worked out great.

The project has now seen the install of a complete IFS (Independant front suspension) system with power rack and pinion steering and disc brake upgrade. This has allowed the stance of the Champ to take on a whole new look. In keeping with the theme we have also upgraded the rear suspension to a Ford 8″ assembly.

The old 4 speed truck box has been thrown over the left shoulder to be replaced by a new T5 manual transmission complete with hydraulic clutch. We have adapted the T5 to the factory bellhousing and it was specially ordered with the front shift position to suit the factory champ floorpan and bench seat.

No doubt by far the most impressive upgrade has to be the addition of a factory 1957 Studebaker Hawk Supercharger kit to the engine, we were lucky enough to be put into contact with the right people to find these rare parts!

The interior has been completely retrimmed in red/cream to match the exterior colours. We have also fabricated a custom hard tonneau cover from aluminium to cover up the cargo.

As usual we will complete the Engineering (VASS) certificate as required and fully register the Champ.

Stay tuned to see what happens next………..